I hate war as only a soldier who has lived it can, only as one who has seen its brutality, its stupidity.
DWIGHT D. EISENHOWER, January 10, 1946

We sometimes have a tendency to glamorize war in books and movies. Those who have been there understand it’s much worse than anything that’s been filmed or written. It never captures the brutality or long-lasting consequences.

Last fall I had an opportunity to visit the D-Day Memorial in Bedford, Va. When we were planning a trip to NC/Va, I came across this town and wondered why The D-Day Memorial would be placed in a small farming town of a little over six thousand people in Central Virginia. In 1940, just before World War II, Bedford numbered less than four thousand residents.

During the Battle of D-Day, Company A of the 116th Regiment of the 29th Division, were among the first wave of American soldiers to hit the beaches of Normandy. Nineteen boys from rural Bedford were killed in the first few minutes of landing. Another three boys were killed shortly after. In all, 22 young men from Bedford lost their lives, giving this small community the distinction of having the highest number of casualties, per capita, of anywhere in the country. 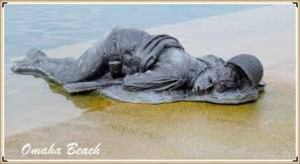 The story of this town and those that were lost is told in a book titled, The Bedford Boys. In many ways, the town of Bedford died on D-Day. The story of the boys that were lost, how if affected their families and the town itself is a reminder that war, though sometimes necessary, has consequences that can last for generations. It’s a book that should be read by all Americans.

Today is a day we remember and honor those who made the ultimate sacrifice for our country and the freedoms we enjoy. Please remember them and their families.

God Bless them all.

It’s the Soldier, not the reporter,
who has given us freedom of the press.

It’s the Soldier, not the poet,
who has given us freedom of speech

It’s the Soldier, not the politicians,
who ensures our right to LIfe, Liberty,
and the Pursuit of Happiness.

It’s the Soldier who salutes the flag,
who serves beneath the flag,
and whose coffin is draped by the flag.

We live in the land of the free
Only because of the brave.
God Bless Our Military
Unknown 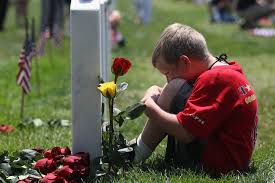 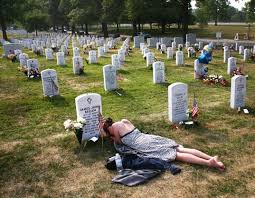